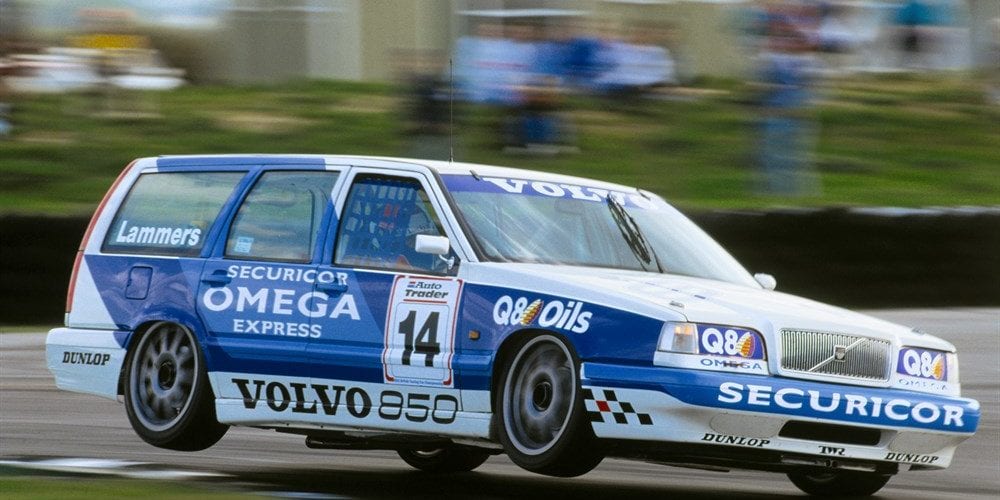 It’s hard to believe when you look at the new car market today (just take BMW’s recent announcement of the new M3 Touring for example), that there was a time, not that long ago, when estate cars were the exclusive reserve of the sensible, practical and dare I say…boring?

Sure, there were some with big engines, but they did little other than to provide a relaxed, straight- line motorway cruise with cavernous load-lugging ability. Indeed, the emphasis was predominantly on practicality for the family man with 2.4 children, a large dog and weekend trips to the tip and the nearest DIY superstore. They were not designed to thrill, engage, excite, or lust over.

Estates were well-built, reliable, comfortable, but essentially, dull. Indeed you can probably imagine my own dismay when in 1987, the previously written-about Audi 90 Quattro belonging to my dad, with go faster stripes, spoilers, and a throaty 5-cylinder soundtrack was replaced with a Mercedes 230 TE Estate. Automatic. I mean, come on. 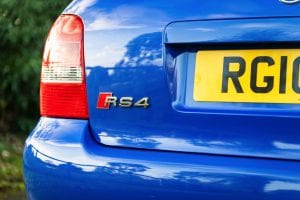 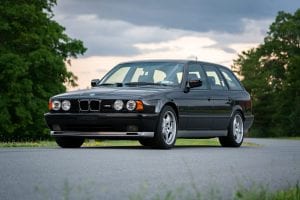 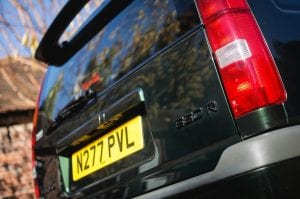 But then, in the early to mid-1990’s, an estate car revolution began – and it produced some genuine modern classics, which today are becoming increasingly rare and sought after – with values to match.

Most people will have probably forgotten about the original BMW M5 Touring (E34), launched in 1992. Not surprising really, given that there were only 891 examples built during it’s 3-year run. It was however a genuine M-Car, with a thrilling straight-six 3.8 litre engine which produced 335 bhp (plentiful even by today’s standards), a fully sorted chassis and suspension set-up for spirited B-road blasts, and yes, massive boot for carrying the dog and aforementioned haul from the DIY store, a great added bonus in estate cars.

It wasn’t until 1994 though that the performance-estate really came to prominence in the public-eye, when Audi launched the RS2. The car was based upon the Audi 80 Avant  – admittedly a smaller car than the 5-series BMW, but an estate nonetheless. What really set this car apart however, and got every car-enthusiast’s head in a spin, was the fact that the RS2 was a joint project between Audi and Porsche.

With it’s Porsche alloys, Porsche-branded red brake callipers, Porsche wing-mirrors, and 311 bhp being sent to all 4 wheels, it was of little consequence that the car was actually slightly less powerful overall than the M5 Touring, given that it was significantly quicker off the line. Added to the fact that it was produced in ever smaller numbers – 2900 units in total, of which just 180 were right-hand drive – and it’s position of exclusive and iconic performance estate was secured.

If you’re lucky enough to be able to find a RHD example for sale today, chances are that you’ll need to spend considerably more than its original £45,705 price-tag to call it your own. In which case you could also consider a couple of other performance Audi estate cars from the early 2000’s which are also fast on their way to becoming every bit as iconic and falling into the modern classic category.

The RS4 and RS6 Avant – the latter of which can currently be had for the comparatively bargain price of around the £15k mark. These cars would undoubtedly not exist were it not for the RS2, and indeed share some of that car’s DNA. As well as the lower price point, they also boast significantly more power than the RS2, although finding low-mileage and un-modified examples could prove more challenging than you may think.

Of course, probably the most famous performance estate from the original 90’s era has to be the Swedish one. The original ‘Wardrobe On Wheels’; the one built by the company who have epitomised the very essence of what an estate car is for the last 40 years. 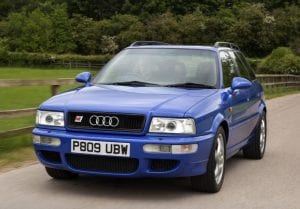 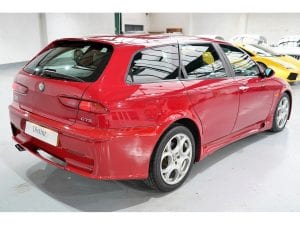 The original Volvo 850 T5-R was a genuine showstopper when it arrived on Britain’s roads in 1994, the same year as the Audi RS2 appeared. Although it was notably less powerful than the Audi, it was certainly no slouch, and nobody could quite believe that this immediately identifiable ‘box on wheels’, that still had all of the standard car’s practicality, comfort, reliability and legendary safety now had 250 bhp. Added to that, you could see the racing-liveried estate car regularly embarrassing its rivals in the British Touring Car Championship, blasting around Silverstone and Brands Hatch week after week in the mid-nineties.

The T5-R also became the weapon of choice for Traffic Police up and down the country, replacing their ageing Vauxhall Senators with these fast yet practical estate cars. The car went virtually overnight from being an ‘old man’s car’ to the coolest wagon on the school-run…..especially with that yellow paint job.  Our MD, Nik, also recalls his V70 T5 ex-police car which he used for inspections until it started using more oil than petrol!

The 850 T5-R eventually became simply the ‘R’ and by that time was churning out 250 bhp, a 0-62 time of 6.8 seconds and  top speed of 158 mph. Not too shabby for a massive estate. Even Jamiroquai’s Jay Kay had one in his collection until 2018.  The ‘R’ badge continued to adorn performance Volvo’s into the mid 2000s – indeed the V70 R is itself now also starting to be seen as somewhat of a modern classic, though again most low mileage examples with just one or two owners tend to be imported from Japan.

The good news is, that as well as now being classed as a genuinely cool, useable modern classic, prices still make both models relatively attainable, and if you are willing to sacrifice a fraction of the performance and handling,  perhaps a little less ‘shouty’ than the nearest German rival. 300 bhp, arguably the most comfortable seats ever put in a car, a cracking audio system, tank-like build quality, and enough room for the dog and DIY trips (or drum-kit if I were to own one) – what’s not to like?

Of course, it may be that neither Germany’s Autobahn-stormers or Sweden’s fire-breathing flat-pack carrier do it for you. In which case, if you’re feeling brave and impulsive you could opt for the Alfa Romeo 156 GTA Sportwagon.

Stunning looks and a rousing V6 soundtrack, equally beautiful interior, 250 bhp and super-quick steering make this worthy of consideration if you yearn for a dash of Italian flair and Ferrari-like throttle response with your estate car. Just watch out for the infamous Alfa corrosion…

If you’d like to speak to Jonathan about anything to do with classic estate cars or have an issue with yours, please call 0151 342 9961 or click here

Previous
What constitutes a classic car?
Next
Virtual Car Examinations
This website uses cookies to improve your experience.