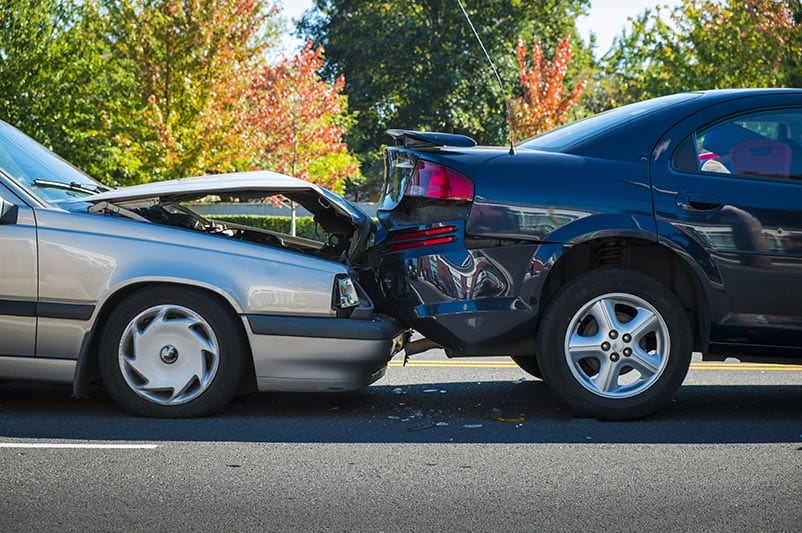 The Association of British Insurers have lobbied the government to ban referral fees and reduce the fee for handling the majority of claims from £1200 to £500. The reasons given are that organised motor fraud claims costs the insurance industry £350m per annum according to the ABI, with nearly £650m coming from other areas of insurance. These are obviously estimated figures based on organised crime and does not define ‘fraud’. It is likely that the figure is somewhat higher when one considers all the genuine accidents where policy holders have claimed for a nearby scratch or scuffing on a wheel. Clearly this is still fraud although is much harder to detect and the cost of preventing or identifying it often outweighs the initial theft.  Fraud can also be false policy declarations such as ‘fronting’ where a low risk person may front a high risk person, e.g. a middle-aged, 10 year no claims dad fronting a policy for their’s son’s car; often only detected when a claim is brought about.

So will banning the referral fee or reducing legal fees deter an organised gang from committing insurance fraud? As with most investigations let us follow the money. The fraudster finds a car with a blown engine so is able to buy it at a fraction of its market value. His colleague will then run his vehicle into the back of it, with enough damage to make it a write off. The fraudster and friends 2, 3 & 4 then all put in a claim for whiplash claim. Four whiplash claims at say £1500 each is £6000.  Add this to the market value of the car and a hire car for a couple of weeks & there’s potential for a £10k plus profit. But how do they claim?  They could either take the claim direct to a solicitor or use an accident management company. Either way the intermediary does not have to be aware of the fraud. Assuming they are independent of each other, i.e. the solicitor or AMC will receive the same amount as they would from a genuine case, then there is no benefit to taking such a fraudulent claim on & indeed if fraud is suspected or alleged may be very costly for a solicitor or AMC on a conditional fee agreement.

Will the fraudsters care about the insurers’ saving £700 from their £10k claim? Even if the solicitor takes say 25% of their damages, chances are there’s still £8k in the fraud pot. Doesn’t sound like a great deterrent.

Then there is the massive industry of Defendant solicitors, investigators, forensic engineers & accountants that have grown up around the industry. Would they be content to hand in their resignation if insurance fraud was finally stamped out? Is it more beneficial for them to stop fraud happening in the first place, or allow it to happen & then build costs fighting it & rejecting claims? You will notice that their wording is often “We are keen to fight fraud” rather than take measures to stamp it out in the first place. If Insurers & Defendant solicitors are genuinely committed to stopping fraud, why not share their intelligence databases with Claimant solicitors & AMC’s, who (assuming they are honest) would rather not touch a fraudulent claim in the first place? The small minority of rotten apple fraudsters are not wanted by any decent sector of the claims industry, insurer or solicitor alike.

So if reducing legal costs won’t actually make any difference to the amount of motor insurance fraud, why have the insurers lobbied so hard for it? It will reduce their costs or in other words increase their profits considerably. Building over the years we have seen a saturation of adverts in the press from solicitors and AMCs keen to pay referral fees often the best part of £1000 for claims. No doubt the insurers have considered that if the solicitors can afford to give away such a chunk on cash for a simple phone call then they are being paid too much in the first place. In effect the solicitors have killed their golden goose. By the same token if insurers had looked after not only their policy holders but third party drivers in the first place then it is unlikely that solicitors would have entered this industry.

Some have said that the savings insurers make will mean a reduction in premiums but presumably only the very naive would believe this. A major player has already stated publicly that they have no intention of reducing their policies post April and no doubt this is indeed the reality. This shouldn’t really come as too much of a shock though, as the purpose of insurers is to make as much profit for their shareholders as possible; after all they are a business and not a public service.

This really is a battle over who can make the most money out of a motor claim; the insurer by battling costs and payout down, or claims companies trying to take their cut for managing the claim.

How does this leave the motorist, the chap who is actually paying for all this in the first place?  Post April probably 25% worse off for a whiplash claim, but would getting £1125 instead of £1500 really stop the man in the street from putting a claim in? Probably not, but adverse propaganda trying to add a negative stigma to being a claimant may. The words ‘Compensation Culture’ are bandied around by the press, yet the primary purpose of insurance is to indemnify a policy holder. This means attempting to put them back into the position they enjoyed before the incident, typically by financial means. The very nature of selling insurance means that a proportion of policy holders will suffer genuine incidents and make a claim for ‘compensation’. The more insurance is sold the more compensation. We are now seeing a plethora of niche insurance springing up such as excess & gap insurance, which can only lead to more ‘claims’ so more potential for profit for insurers and claims companies alike.

One thing is for sure 2013 is likely to see the biggest changes to the insurance and claims market ever and our hope is that the changes sort out the wheat from the chaff leaving the transparent, professional and honest companies operating throughout the entire sector.