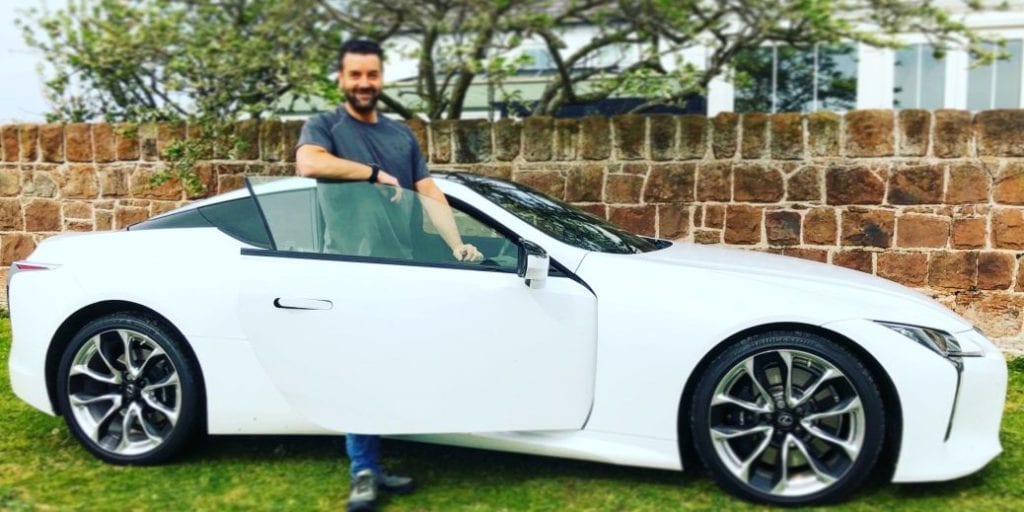 In 2012 Lexus unveiled a concept show car, the LF-LC. It was met with such acclaim that they decided to build it, resulting in the LC500. Available in 3.5 V6 hybrid form & a 5.0 V8, we tested the latter to see how it handles the varied roads of the Wirral.

Lexus Chester are proud of the LC500 and with good cause.  Sat in pride of place at the front of their Cheshire Oaks showroom only surpassed by the uber-rare (& uber-expensive) LFA in Lexus’s history.

The iconic LFA is stuff of legend in terms of speed, rareness and price. The LC500 clearly shares some of it’s DNA; the digital dash for example has the same two screens (one slides!) The tributes continue into the chassis & engine too.

It’s an imposing car, with very futuristic T shaped lights front & rear giving a concept feel. The rear track of the car is very broad, with bulging quarter panels outlining the wide stance. There’s a certain enjoyment in seeing these rear arches fill the door mirrors when driving. I’m not sure about the extensive grille; it may grow on me & I’d prefer black wheels to chrome but otherwise this is a beautiful looking coupe. The roof line as it flows into the rear is gorgeous.

I approached this car with the respect due to any vehicle with a big engine in the front driving just the rear wheels. But this is no skittish AMG or M car. It’s actually really well behaved, mainly due to a smattering of traction, brake & adaptable suspension safety aids, but also down to a well balance chassis.

I found it very easy to place on a road especially in Sport + mode & when pushing hard, a little understeer was easily corrected with some throttle to step out the rear. No doubt the subtle rear wheel steering helped me out here.

It’s normally aspirated so no turbo-lag. With a bicycle beating 10 speed gearbox this leads to a very smooth power delivery, particularly in Eco mode. This is the sort of GT car that you could happily spend days traversing Europe. It feels secure, well-behaved & engaging with solid power & precise steering.It’s unusual styling & rarity turned quite a few heads during the tests.

The interior of the LC500 is very plush, as you would expect of a £83k car. Plenty of room for my 6’2” frame up front but I wouldn’t want to go far in the rear. The dashboard and controls are functional and ergonomically placed for the low slung seats. The interior feels well made with everything clunking when it should. There’s a small track-pad used for the infotainment system controls, which can be slightly frustrating for right-handed people in a right-hand drive car.

The V8 sounds great too, especially when starting up & popping down gears; lovely in automatic but even better when using the metal steering wheel paddles to change manually. It’s loud & characterful without being a hooligan, precise and responsive whilst being well balanced.

I approached this test weekend with some pre-conceived ideas from experience of Lexus and Japanese cars of the past. Within a few minutes of driving this machine these were changed; it’s a very competent luxury ride capable of changing into quite a fierce & lively sports car when required. Eye-catching looks and an ergonomic, heavily loaded interior.

Well worth having a test drive & talking to the incredibly knowledgeable team at Lexus Chester if you’re in the market for something rare, fast & capable.