New Brighton Rally Round Up 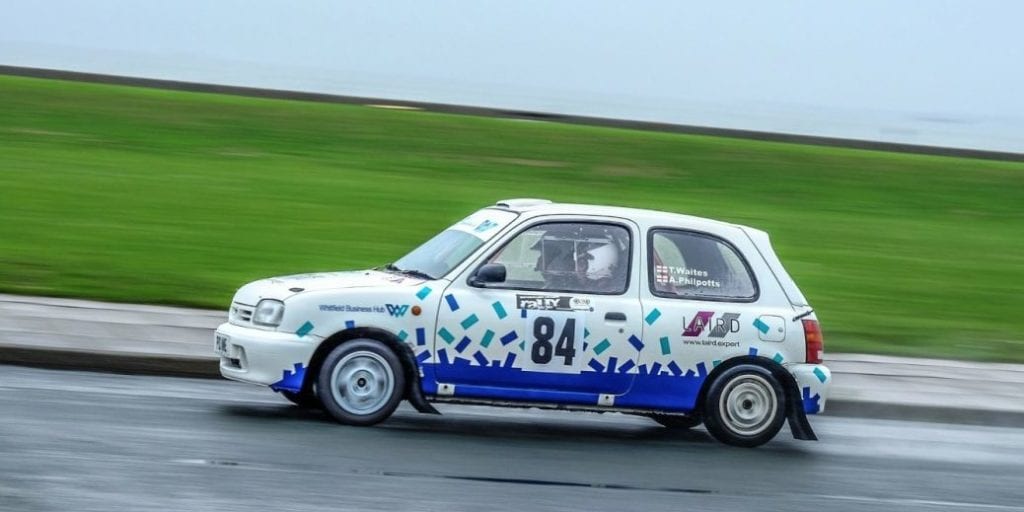 I had slightly upgraded the car coming into the event by fitting a new gearbox with lower ratios and an LSD.  Tom and I were aiming for top 6 in class going into the event as it is know as a bit of a power rally, which we are currently lacking and there was a fair amount of high spec vehicles in my class.

Having only previously driven on circuits, competing on the closed roads of New Brighton Promenade was quite daunting as it was something I’d never done before.

Stage 1 began at 19:31 for us and we set a good time managing to set 4th fastest time in class which we where over the moon with!

Stage 2 is a re run of stage 1, however this would be a completely different challenge as this would be ran in the dark.  We managed to improve on our time from stage 1 and keep 4th place in class going into the second day of the rally.

Re-seeding on the Saturday put us in a 4wd sandwich with a Subaru Impreza in front of us and an Escort Cosworth behind, this was telling to our performance from the Friday night to be mixing it with this calibre of vehicle.

The weather on day 2 took a turn for the worse with heavy rain for most of the day, however this played into our hands with our lack of power.  We managed to hold onto 4th in class throughout the day swapping times with 5th in class who was hunting us down.  Luckily for us the final stage came with us having a 10 second lead over 5th in class, 5th managed to gain 2 more seconds on us in this stage however the hard work had already been done by this point and the rally was over.

We finished 4th in class and 50th overall out of 92 starters, far exceeding our own expectations. It was a fantastic rally and we will be back again next year to aim for top 3.”

Previous
How are developing vehicle technologies going to influence the RTA landscape in 2018?
Next
Laird Expert gear up for Legal Events
This website uses cookies to improve your experience.