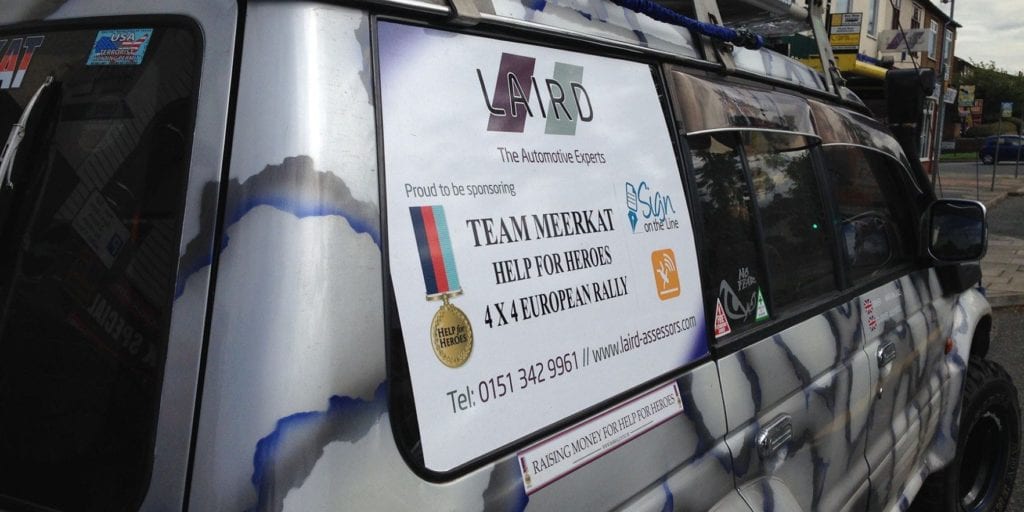 Laird – Expert Witness Services are supporting Team Meerkat in the Help For Heroes 4×4 European Rally. Our sub-brands Bicycle Expert and Sign on the Line are also featured in the sponsorship.

The Help for Heroes 4×4 European Rally 2014 will start at 11.30am on June 14th from Littlecote House Hotel in Hungerford, which was the Headquarters of the US 101st Airborne Division in England during the Second World War. It will then take you on a historical and geographical journey over 12 eventful days covering approximately 2000+ miles through 7 European countries, including UK, France, Belgium, Holland, Luxembourg, Austria & Germany, finally ending at Hitler’s impenetrable Eagles’ Nest in Bavaria.

The HELP for HEROES 4×4 EUROPEAN RALLY has now raised over £720,000 for the charity since its launch on Armed Forces Day in 2010. Initially the idea of the Father and Son organisers, Keith Bowen and Tim Price-Bowen, was to run a one-off 4×4 event through Europe, consisting of 10 vehicles and to raise £20,000 for Help for Heroes. The was so much interest in the first year that the numbers were increased to 30 vehicles and then finally being capped at 45 vehicles. Since 2010 this ‘one-off’ event has now turned into to an annual event, averaging 40+ 4x4s taking part each year.