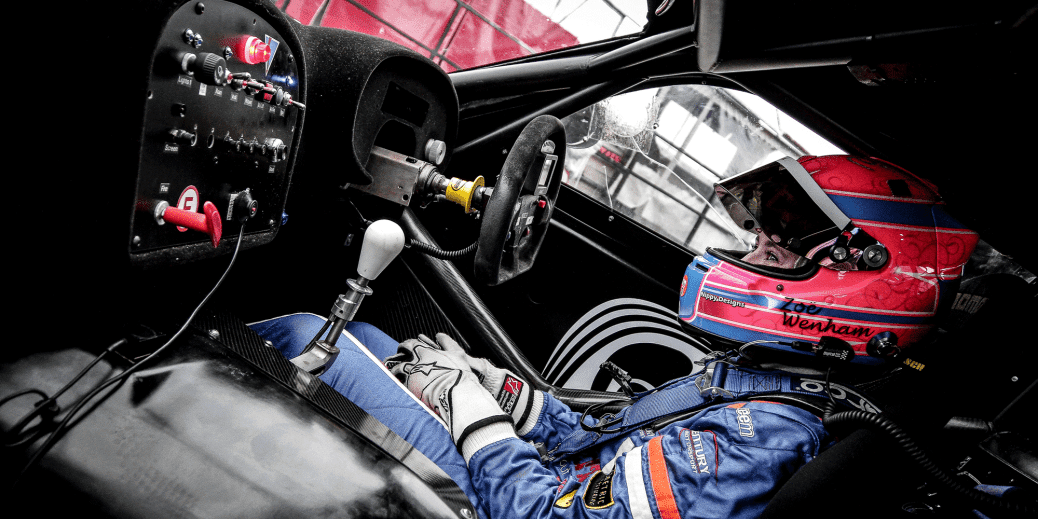 Zoe Wenham is the youngest GT Championship driver at just 18 years old. Her aim is to race in the prestigious Le Mans 24hr race in the future. Zoe started karting aged 9 in the South West and Wales before moving into the Saxmax championship at 14 where she learnt the basic skills of how to drive a race car fast! Progressing to the Volkswagen Racing Cup she took one podium on the way to finishing 8th out of 34 drivers in 2011.

Her real success came in 2012 when she moved into endurance and sports car racing in the British GT4 championship in a Ginetta G50. She had 6 podium finishes during the season claiming 2nd in the championship out of 24 drivers who raced throughout the season. She had her most successful weekend with a double podium at the Nurburgring, on the GP track.

She will be returning to the Avon Tyres British GT Championship this year in a Ginetta and says she “is delighted to have the support of Laird Assessors.”

Managing Director, Nik Ellis said “we are very proud to be involved with Zoe & her team and look forward to attending her races. We wish her every success in this year’s Championship.”

Throughout the year we will be giving away VIP tickets and taking clients to the UK’s circuits.  We’ll also be following Zoe’s progress in the Championship here and on our Facebook & Twitter pages.

Previous
Zoe Wenham and Declan Jones take 2nd at Rockingham
Next
Government announces reduction in RTA fees will go ahead in April
This website uses cookies to improve your experience.