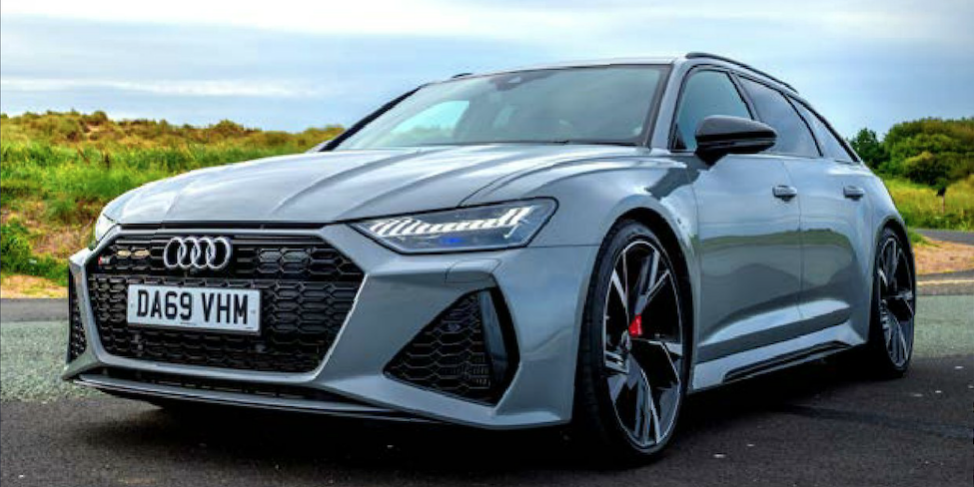 This is a Swiss Army Knife of a car.  Feel the need for speed?  Big, fast engine, tick.  Driving round Europe & require something comfy, tick.  Taking the kids camping & need loads of room, tick. Owned & loved by many a famous supercar collector such as Pink Floyd’s Nick Mason and Jamiroquai’s Jay Kay, it’s no surprise that it’s a bit special.

The new RS6 is now fitted with Audi’s V8 4.0 litre bi-turbo engine mated to an eight speed gearbox.  It clears 60 mph in a very respectable 3.6 seconds, making it a decent rival for the likes of Mercedes E63S, Porsche Panemera Turbo and the upcoming BMW M5 Touring.

Whilst it’s fast, at over two tonnes in weight and four wheel drive, it is incredibly well behaved on the road, an intuitive drive, predominantly thanks to over 30 clever electronic stability controls.  You need to keep an eye on the speedo as it’s very easy to go fast in this hot Audi.  The refinement of this new model almost dampens the feeling of going fast.

It now has two RS modes, similar to BMW’s M cars, which alter the engine settings, adaptive air suspension, exhausts & turns down intervention from the various traction aids.  Basically they make it go faster. The car is good fun in these modes without being too much of a handful.  It’s well behaved enough not to terrify you or end up in a hedge backwards.

I developed the feeling that this car isn’t aimed at razzing around in full RS mode, more a handy GT car or mile-munching cruiser.  It’s perhaps more refined than it’s ancestors; not quite as much hooligan exhaust noise as previous models, especially the V10 one.  Carbon ceramic brakes are an £8k option but I’m not sure who would need these, it’s not really a track attack car & they’re not exactly great when they’re cold.

To my mind, this is where the RS6 comes into its own.  I could happily do hundreds of miles in this car on a daily basis.  Aside from the way it drives, the cabin is a great habitat, with controls ergonomically positioned & comfy yet supportive seats.  Now fitted with Audi’s latest operating system including two touch screens with a well thought out & intelligible user experience, a familiar sight now across the Audi family.  Controlling pretty much everything it’s easier to use & clearer than Merc & BMWs systems, and less fiddly than the Porsche’s.  The infotainment & important information is also complimented by a heads up display, it’s incredibly helpful for the driver.

With permanent four wheel drive, four wheel steer and a plethora of driving aids, this car sticks to the road well.  Even when pushed over the edge, it starts gently understeering very predictably.

Being a 2 tonne, 4 litre car, it’s not what you’d call frugal, although it does have cylinder deactivation and some mild electrical support so can scrape 30mpg if you’re gentle on the accelerator.

The 8cm wider body than the standard A6 gives this car a mean stance but still manages to look reasonably stealthy & classy on the motorway.  The RS parts are relatively understated; this is not a 911 GT3 spoilers & fins type modification.

The new RS6 is leaps & bounds ahead of the previous model, much more capable on the road especially the handling, predominantly thanks to the electronic aids, diffs & four wheel drive system.  I love the technology it’s fitted with; genuinely useful things you never knew you needed & will forever desire.

It would have to be in the all time top ten vehicles you would want to drive on a huge road trip, know that it would get you there safely and have a load of fun along the way.

With thanks to Cheshire Oaks Audi and Wirral Life Magazine