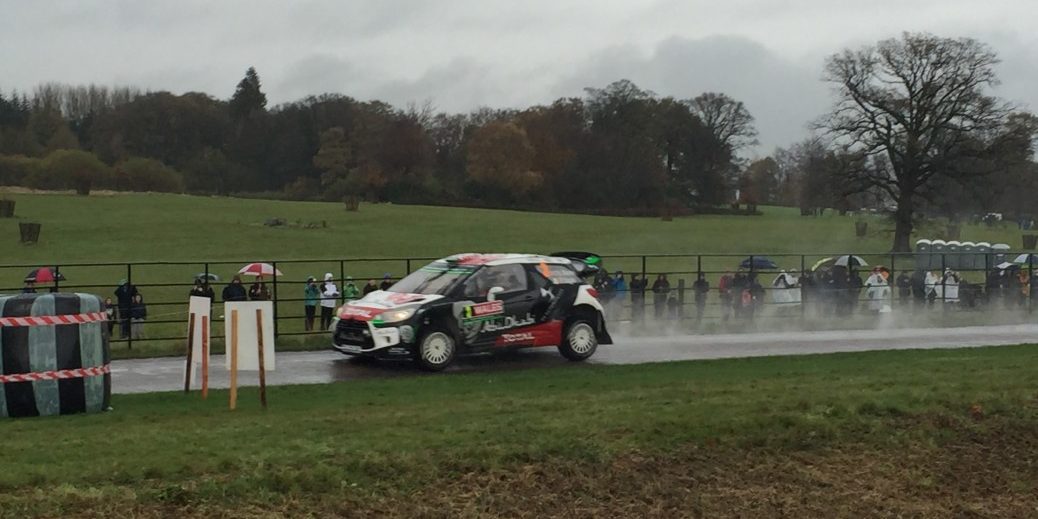 We love perks & this week we had a couple of tickets going for the World Rally Championship in Wales.  We gave these to one of our Engineers, Julian Goodhead, who took his wife for the day on Saturday.  He sent us the following on their day:

“It was a great afternoon despite the weather and the fact that the river on our caravan site had flooded the Ford!

If you like petrol fumes, loud noises and mud against a beautiful and historic setting, then Chirk Castle was the place to be on Saturday as myself and my wife attended the Welsh rally GB rally fest.

Having never been to an event like this I was very appreciative of the tickets that Lee Baty had kindly sent me so a big thanks to him and Nik Ellis,

Despite the weather, the 2.06km high octane sprint stage still attracted thousands of spectators from the length and breadth of Europe and beyond.

On Arrival my main concern was not the weather but the already very wet and very muddy field that we were directed to park in, yet despite the damp conditions there were plenty of race marshals in attendance to guide you in and help you out, it was a very well organised event as you would expect as this was the WRC after all.

Rain and high wind did however prevent the Red Bull Matadors air show from taking place and slightly delayed the FIA World Rally Championship start time due to an earlier crash.

Nothing can take away the skill off these drivers as you witness them blasting past at over 80mph in what was the shortest stage of the rally, it’s the sound of the rally car that you hear first as you stand poised to catch a glimpse and within a couple of seconds its flew past and all you are left with as it disappears around the next bend is the roar and the pop of the exhaust and then it’s gone!”