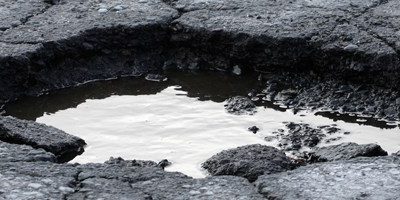 The UK has been dubbed the Pothole Capital of Europe with road systems in need of urgent repair. But what is being done about it?

Our Engineers spend most of their days examining cars and bikes for a variety of reasons such as after an accident or prior to a purchase.  We have seen a considerable rise in the amount of wheel, tyre and suspension damage caused by potholes in the roads around the UK.  Modern cars have excellent suspension compared to just a few years ago and with the rise of 4×4 vehicles, the effects of potholes often go unnoticed until a wheel crashes down a bigger hole.

Now cars and bikes can be repaired but can potholes cause injuries? Whilst a car might just break a wheel or damage a tyre down a pothole, a motorbike or bicycle can be thrown off balance causing a further, often more serious, accident to occur. Cyclists and motorcyclists tend to seek out quieter roads where the problem is exacerbated as they tend be in an even worse condition. Then there is the cost to the UK businesses as commercial vehicles are sent out of commission whilst tyres or wheels are replaced.

Patrick McLoughlin, The Transport Secretary, said that Britain’s roads have suffered from years of neglect. He has pledged some £12b is to be spent on resurfacing roads and fixing potholes; 80% will be spent on motorways and A-roads by 2020, whilst the rest will be spent on repairing roads. This is a long term project.

In the meantime cars, motorbikes and bicycles continue to suffer from both physical damage and accidents caused as a direct result of potholes.  We are therefore very pleased to be supporting Mark Morrell, otherwise known as Mr Pothole in his passionate campaign to improve the safety of the UK’s roads. Mark has over 25 years of experience in road structures and reinstatement so is ideally placed to front this campaign. We would also urge readers who care about their vehicles and the safety of road users to sign the e-petition which can be found on his website www.mr-pothole.co.uk