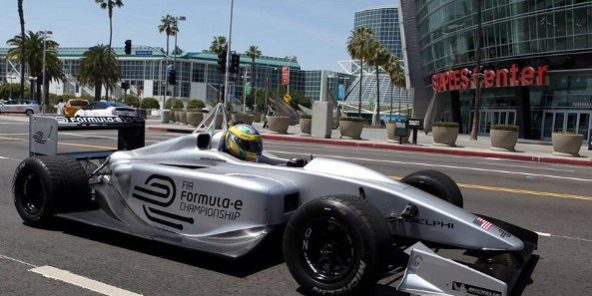 The Frankfurt Motor Show has seen many new vehicles and concepts announced, but one of the most interesting is the announcement of the all electric Formula E racing series.

Far from being a fad, IndyCar chassis makers, Dallara have built the chassis, with Renault, McLaren, Williams from F1 involved; even Michelin have designed specific tyres for the series.

There will be 10 teams with 20 cars, with each team running one car at a time, swapping the driver into the second car after the battery flattens after about 25 minutes.

Organisers want to get a huge amount of interaction from fans & are looking to hold races in the streets of London, Beijing, Rio, Los Angles, Berlin and Buenos Aires.

Motor racing has always been about advancements in car technology and this will certainly help the automotive industry advance forwards in an ecologically sound manner.